The latest round of Artpace’s International Artist-in-Residence program demands to be heard as much as seen. Each of the artists elected by guest curator Karina Aguilera Skvirsky has created visually distinct and seemingly disparate bodies of work, but the exhibitions are united by the presence of sound. 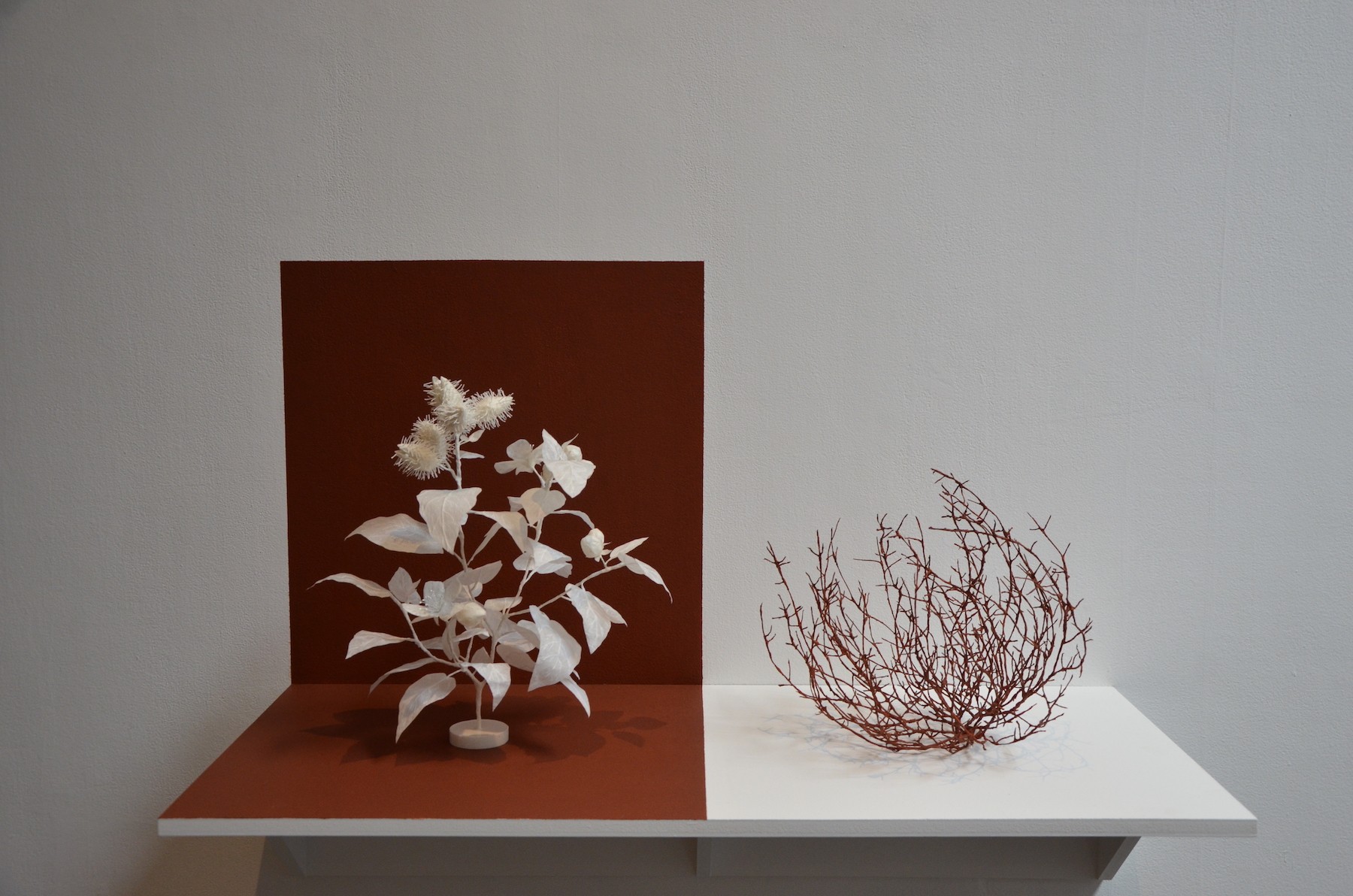 For “Chronicles of Uprooting,” Juana Córdova (Cuenca, Ecuador) collected samples of tumbleweed, an immigrant plant that made its way to the American West via a shipment of flaxseed from Russia, and achiote seeds, a plant common to the tropics of Latin America that has been used to give flavor and color to food, cosmetics and textiles since the Pre-Columbian era. The space is filled with a gentle droning, provided both by fans that keep three tumbleweeds spinning aloft in transparent tubes and a video installation featuring the frenetic movement of insects. From the winding roads of flattened tumbleweed unspooled on the wall to a diaspora of achiote seeds mounted in a corner, Córdova renders the journeys of immigrant peoples in miniature, metaphorically connecting the movement of flora to human migration worldwide.

Francis Almendárez (Houston) focuses on the rhythms of work both commercial and domestic in “rhythm and (p)leisure.” Shot in Honduras and El Salvador, the multi-screen video installation is abuzz with the myriad sounds of human tasks, whether it be a man hammering the soles of counterfeit Nike sneakers, a woman gently sweeping a tile floor or a group drumming on a street corner. From the rushed pace of the city to the more leisurely speed of the countryside, Almendárez has captured the processes of human work, both material and immaterial, and reveals how even activities we view as leisure are still “work” in their own right. Piles of clothes on pallets offer the viewer a place to sit or recline, but this is merely a brief respite before the garments reenter the global circulation of sale, resale and disposal.

Masked artist Narcissister (New York, New York) is a provocateur whose performance art has been seen in venues from burlesque clubs to America’s Got Talent. While functionally silent, the bombastic imagery of the erotic collages included in “Wimmin” are loud in their own way, unapologetically confronting the intersection of femininity, race and sexuality. However, the artist’s work also possesses an auditory component that arises when pieces are “activated” (a term she isn’t particularly fond of) in performance. During the free opening reception, performances will cycle every half hour, featuring small gestures such as the swishing of the fabric of a formal dress as it’s wrapped around a body encased in a bale of aluminum cans and the echoing clank of the pan-eyelids of an assembled face being opened by an anonymous performer, who completes the structure’s features with a large, pierced nose worn on her back.